Join us in the fight against COVID-19.

Are tobacco companies sweet-talking our kids? 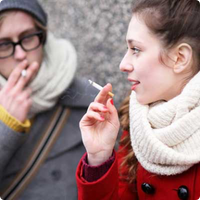 Are tobacco companies sweet-talking our kids?

Researchers from Harvard School of Public Health and Dana-Farber Cancer Institute to identify marketing methods big tobacco use to target young people, and to evaluate the effectiveness of such ads and anti-tobacco messaging strategies.

While the health burdens associated with tobacco are decreasing for society as a whole, they fall increasingly disproportionately on lower-income and some minority populations. Evidence suggests that exposure to tobacco use among members of a person’s social network and the cumulative effects of that person’s exposures to tobacco-related messaging, both encouraging and discouraging use, can strongly impact that person’s tobacco behaviors. While of great importance, such effects can be difficult to measure with traditional measures, due to the difficulties of assessing the occurrences of specific influences and exposures, and of tobacco-related behaviors, knowledge, and ideation.

Within this study spanning two low-income communities in the United States, Ethica Health is being used to address such challenges by using high temporal resolution evidence gathered via smartphones to study the impact of pro- and anti-tobacco messaging in online and traditional media on tobacco use, and of in-person exposure to tobacco use in others.

Participants were recruited via respondent-driven sampling on the basis of reported friends; the study further used this friendship relation to automatically detect (using on-phone bluetooth technology) cases in which a participant was in close proximity to the friend. To monitor message exposure, the system made use of communicational monitoring, on-device self-reporting, and sensor data. To capture exposure to online messaging, Ethica Health monitored participant browsing to webpages containing certain tobacco-related keywords, as well as other randomly selected page visits. To capture understanding of placement of and exposure to other messaging, participants were asked to indicate encounters with and photograph messaging which they encountered, using a study-specific button in the Ethica Health-provided interface. The system then enquired about the participant’s reaction to the images, and the images submitted via such mechanisms were automatically geotagged with the location where they were taken, as is typical with all questions and other data collected by Ethica Health. Questionnaires were triggered by proximity to personal contacts as well as occurrence of browsing, as well as at random times during the day (such as to sense tobacco use by the participant and others). 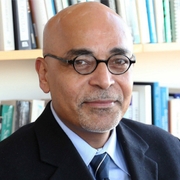